The Left, White Nationalism and the 1488'ers 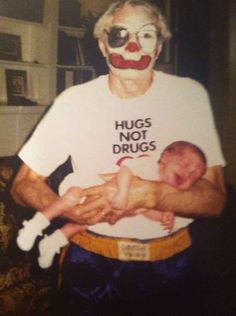 Perhaps the most interesting meta-political development over the past few years has been the rise of the dissident Right. It still in its early stages but it appears that several media outlets have begun to notice and no doubt, so enough, a concerted campaign will be mounted to to discredit it.

The traditional pragmatic approach of the Left, in dealing with it opponents, is to label them all as fascists or Nazi's wherever there is some doctrinal disagreement which they wish to emphasise. It needs to be understood that here the aim is not to logically justify that assertion as much it is to reinforce an association in the minds of cognitive misers, who are the majority in a democratic body politic.  As readers of this blog will note, cognitive misers, think in terms of associations so  Left psychops are intended to  primarily work through the limbus and not the mind itself.

As advertisers have long noted, positive associations with a product are far more effective in selling it than a logical explanation of its virtues.  What has hampered the Right in its battles against the Left is the traditionalist anthropological fallacy which saw people as rational actors instead of cognitive misers. The Right, in trying to combat the Left, has perused a strategy a logically refuting through data and argument on the assumption that ideas will prevail.

This assumption was wrong.


My conclusion that conservatism has transformed itself into virtual extinction will surprise and perhaps even anger those who favor the formalistic and normative approach, which does not easily stoop to considerations of social change and historical fluctuation and is reluctant to admit that some things, even ideas, fail. Regarding political events as the earthly manifestations of timeless abstractions, the intellectual mainstream of the "Old Right" from the end of World War II developed a highly sophisticated body of ideas and a highly articulate body of spokesmen to express them. Perhaps because they were too uxoriously wedded to Weaver's principle that "Ideas Have Consequences," most of the conservative intellectuals who subscribed to this body of thought always seemed to assume that it was only a matter of time before their own beliefs would creep up on the ideas of the Left, slit their throats in the dark, and stage an intellectual and cultural coup d'etat, after which truth would reign. [ED] I have never thought so, in part because I have less faith in the power of intellectual abstractions than most of my conservative colleagues. The historian Lewis Namier remarked that "new ideas are not nearly as potent as broken habits," and Burnham, describing Vilfredo Pareto's view of human rationality, wrote that "rational, deliberate, conscious belief does not, then, in general at any rate, determine what is going to happen to society; social man is not, as he has been defined for so many centuries, a primarily 'rational animal.' In the tradition of Namier (who briefly studied under Pareto) and Burnham, I place more emphasis on the concrete forces of elites, organization, and psychic and social forces such as class and regional and ethnic identity than on formal intellectual abstractions and their "logical" extrapolations as the determining forces of history. Ideas do have consequences, but some ideas have more consequences than others, and which consequences ensue from which ideas is settled not simply because the ideas serve human reason through their logical implications but also because some ideas serve human interests and emotions through their attachment to drives for political, economic, and social power, while other ideas do not.

The latest findings of cognitive science further buttress this view. The way to control the masses is not though the mind but through the primal limbic drives, and the Left, for all its talk of rationality, has recognised this fact, and pragmatically always concentrated its efforts on getting the proletariat to  "feel the strength" of its arguments instead of logically assessing them. Hence the aim of the Left has been to positively align its objectives with positive limbic sensations and hence the importance of its ideas and its causes being cool, hip, compassionate and trendy are more than them being factually correct. And its approach, I believe, has gone a long way towards its triumph over conservatism. Conditioning, not argument, is the way to sway the masses. Orwell's definition of "bellyfeel" in the Newspeak dictionary makes this same point.

Conditioning, however, requires the co-opting of pre-existing tendencies of the human psyche and associating them with the product. Goebbels for instance, ordered that depictions of the Jews in German propaganda to always be in the negative and to associate such depictions with other negative imagery such as rats and filth. The idea being that the negative associations be strengthened by such methods. However, there is a limit the power of such a technique and German propaganda was quite clear never to show the Jews being mistreated in any bestial form or manner because by doing so you generate sympathy for your victim and the intention to demonise him fails.

Conditioning is one of the most powerful mind control mechanisms since it operates at the level of the modus operandi  of the cognitive miser: Associative Cognition.

The Left has always recognised that for the average Westerner, the Nazi "brand" is associated with the worst forms of evil in the 20th Century and therefore it has always tried to smear its opponents as Nazis. The idea here being not to prove the logical connection but simply to reinforce the association so that whatever their opponent stands for, their idea becomes associated with the negative emotional state that comes with contemplation of Nazism. Of course sometimes the association is so out of kilter that the slur fails, but the failure rests on a clear ability to recognise the mismatch between the slur and the target. But what happens if the distinction is not so clear?

Suppose the target is actually quite sympathetic to Hitler, suppose when you Google the target quite a few Nazi images show up, suppose your obsessed with the evil of Jew's, how clear is target distinction then?

It isn't and the Lefts claim gains traction.

The terrible thing about the Nazi's, is apart from their terrible crimes, is that they seriously weakened the West's capability of withstanding Leftist attack by tarring all the elements of their ideology with the stench of evil through association.  Nationalism, did not produce the concentration camps in the First World War,  yet post war it has become associated with it.  Prussian Militiarism, which was honorable prior to the Second World War, through its association with Nazism degraded all further virile aggressive defence and the standing of the Military in the West. The Nazi's greatest legacy may be that they were able to weaken the good ideas of the West by association with the evil they wrought.

If, the dissident Right wants to bring back some of these ideas, things such as nationalism, ethnic homogeneity, virile masculinity etc, it needs to disassociate them from the associative links with Nazism that they have have established in Western Culture. The thing is that the Left wants you to think that all White Nationalists are Nazis and the the 1488'ers want you to think the same. They both have the same objective.