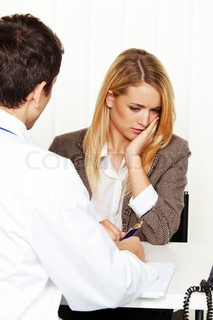 Amongst some in the manosphere, there seems to be this prevailing notion that the problems between the sexes can be boiled down to the notion that men are good, women bad. I personally do not subscribe to this view as I believe that while Feminism has corrupted the average woman, modern masculinity is nothing to write home about.  In my previous post, I argued that in my experience women seem to have more "balls" than men, and that given their hypergamous nature this makes many men unattractive to them. A patient came in the other day who illustrated this phenomenon quite clearly.

(I've changed the details of the patient and her story to protect her privacy but the details are true to the best of my recollection.)

I have these type of consultations roughly twice a week.  The theme is the same. Competent woman, loser man, unhappy relationship.

Many in the manosphere would view this woman as a demanding bitch. I don't. She would be a good modern fit for Proverbs 31:10-31. She has independently, on a low income, saved money and bought herself a house, put tenants in it and has a long term plan for the future. She is keeping down a job and has been able to organise her own affairs. She wants a stable future and does not want to live in poverty. By the way, I'd estimate her BMI at about 22. Such a woman is percieved as a threat to Western Civilisation by the manosphere. Facepalm.

On the other hand, her boyfriend, who can't keep down a job, is poorly organised and pathetic and relies on his wife for everything is paraded as some form of victim of modern Western Civilisation by the manosphere. Houston, I think we have a problem.

Now, it may be my opinion doesn't really matter here, but what I think is most telling is the opinion of her father, who seems to have his shit together. He thinks his potential son-in-law is a failure as well. I feel that the father's opinion may have some validity.

The manosphere has quite rightly denounced the corruption of women by feminism but what it has been unable see is the failure in modern masculinity. Roosh and Roissy may get lots of lays but they would have hardly been though of examples of masculinity either in Roman, Greek or Victorian times. Hedonism was always the "soft" option of manhood. And the reality today is that many men are soft. Not so much physically as in character. Women are far "harder" today and more self disciplined. Making women "softer" may restore some of their femininity but it no way guarantees the masculinity of men.  Taking away a woman's rights does not give a man alpha qualities.