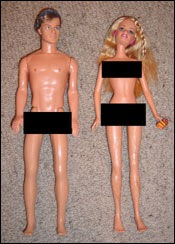 My interest in the Christian relationship with Eros is based upon the notion that this dysfunctional relationship provides the key to the understanding of our current socio-sexual dysfunction. As I've said previously, I'm broadly in agreement with Nietzsche and his claim that Christianity gave Eros poison to drink and it degenerated into vice.

Sexual perversion was rife in ancient times and from my perspective, it appears that the Christian pushback left a legacy of hostility towards it. Over the long run Christianity was able to  effectively "de-carnalise" it, transforming it into a "fleshy-lite" version of its former self.  It was this new understanding of Eros that manifest itself in a variety of ways into Christian culture and became a mainstream understanding.  Part of the reason why Trads are so hostile to Game is because Game's understanding of erotic love is explicitly carnal in nature and thus opposed to the traditional understanding. For the Gamesters, it's all about carnality/biomechanics,.... spirituality.........eh?

Christian masculinity and the Christian romantic tradition were in many ways shaped by the "carnal-lite" understanding of Eros. The good Christian male was quiet, meek, industrious and would "turn the other cheek". With regard to women, he would having nothing but the "best intentions".
The system worked well for both society and the man, when the woman's choices were limited. There was a social pressure on women to marry and the alternative to not doing so was rather bleak for the average women.

Economic and political emancipation changed all this. Having financial independence and social freedom to be single freed women of a lot of the pressure to marry. Social changes, particularly sexual license, and the elevation of the importance of romance, meant that the externalities which forced marriage onto women were gone. Women were free to choose the partner they wanted and experiment a bit. Hypergamic affirmative action was effectively shut down.

Serious Christian males were sideswiped completely by the phenomenon. They did everything they were told to do only to find that they were relatively unattractive to women. Trying to understand this phenomenon, they posited that women who failed to find them attractive were in some ways flawed. i.e. that they were skanks or sluts, or that they were psychologically unwell, or that they were being "manipulated" by the man. How many nice beta males have stood, mournfully perplexed, at their love interest who spurned them for a loser thug? How many women, recognising that they made a bad impulsive choice, were able to rely on these old chestnuts to abdicate themselves from any responsibility?  The trads still argue along these lines.

One of the stock standard arguments of the traditionalists is that the world has gone mad. But it is also the same argument of a schizophrenic. When you start thinking that everyone else is mad, perhaps it is you that has the problem. It never occurs to the Trads that maybe their understanding of Eros is flawed and that Nietzsche, despite his faults, was maybe onto something.

Take, example this understanding of "Bad boy" by Zippy;

Fatherhood has nothing to do with being a "bad boy". A computer geek can be an objectively a bad father yet he is not a bad boy. An dorky engineer can be a good father and yet he is not a bad boy.
A bad boy is a man with erotic capital. His potential fatherhood status is irrelevant.This continual conflation of moral and sexual attraction is something that is continually present in the trad crowd.
Initially, when you read comments like this you feel that the commentator is dense, but, since the same error gets repeated over and over again, the impression forms that perhaps this is systemic error of Traditional Christianity and not an individual failing.

The continual conflation of physiological sexual attraction with moral parameters (either positive of negative) seems to be a problem of Christianity when it comes to an analysis of sexuality.  Good Christian men can't understand why they are not sexually attractive, despite living according to God's law.  Living in the hope that God will send them a good woman who will not be like the "others". This deficiency in the understanding of the biological dimension of sexuality means that no practical advice is given on how to improve the success rate with the ladies, apart from pray. Most of the other advice is next to useless.  On the other hand, due to this hostility to the "flesh" men and women who are sexually attractive are deemed to be morally bad. Amongst weaker minds there almost appears to be an associative incompatibility between being "hot" and being "Christian".  Drab women and grey men.

This tradition of conflation in my opinion stems of Christianity's aversion to "flesh". The overtly erotic was simply seen as the express route the Hell and Christianity did all it could to suppress it. As a result, Christianity developed a good tradition of fighting the flesh and neglected to develop an understanding of it or accord it any legitimacy. The result has been that Christianity can't evaluate sexuality on the biomechanical level and insists to continually evaluate it on the moral on. The resistance to this common sense understanding is perplexing.  It's as if the Trads do not want to acknowledge a carnal nature to our sexual desires and instead continue with their understanding of human sexuality as if the mechanics of sexual attraction did not matter, only its moral evaluation; still, which they nearly always view in the negative.

This historical position has had practical real world sequelae. Admittedly, Christianity is not responsible for the excesses but it provided for a a cultural fault line which was waiting to be exploited.
I get a lot of heat for taking this position, but here is an interesting question I'll wish you to ponder: Why has "bad boy" become synonymous with sexual attraction and "good boy" with sexual repulsion? Perhaps it's because contemporary Christianity lacks the capability to be sexy and good. The flipside to this is the notion that the erotic and good are incompatible. See what I'm getting at?

Finally, I want to say something about the Neoreactionary Canon. While I'm chuffed to have some of my posts there I think it was a grave error to leave Roissy out. The errors of Modernism are cross-cultural, affecting nearly every facet of life. Human sexual dynamics is one such area and the supreme Neo-reactionary warrior has been Roissy. Don't get me wrong, there's lots of things he says that I disagree with, but when it comes to the red pill reality as pertains to Eros, he is the prime expositor.

Furthermore, any Neoreactionary neophyte is better starting off with his writings than those of Moldbug or myself. His turgid style and my shitty blogging are liable to put people off. At his best, he is an unbelievably good writer who is able to shove the red pill down your throat. Nothing hooks a man more to neoreaction than sexual success is the presence of what seems a never ending drought. Roissy is able to co-opt primal force in the pursuit of truth. It's an unbeatable combination.
Posted by The Social Pathologist at 6:56 pm 40 comments: