The Elementary Forces. I 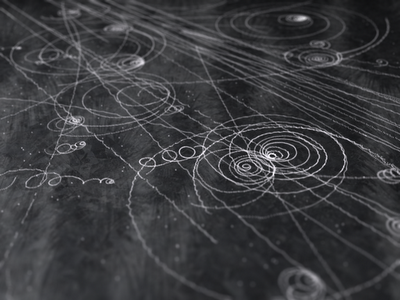 “I’d say that the question whether love still exists plays the same role in my novels as the question of God’s existence in Dostoevsky.”

One of the best essays to emerge out of the Manosphere in recent years is Ferdinand Bardameu's, The Age of Onanism. Like Houellebecq, Ferdinand touches on theme which I think is integral to decline of the West; the social atomisation of individuals.

The social atomisation that is occurring should not be seen as a relationship problem that only effects individuals but also a problem between individuals and institutions. People are not only becoming more alienated from each other, but are also becoming more alienated  from their neighbours, communities, governments and culture. Everything seems to be slowly drifting apart and no one seems to give a shit about anything except themselves. Any commitment to anything is presaged by the ubiquitous, "What's in it for me?"

What I've been trying to understand is why?

Why is it that the center cannot hold? What power did the center have that it has now lost?

To understand the problem, and its possible solution, it is necessary to study the glue that naturally binds all human beings together, and that glue is Love.

Now the problem with the English language use of the word, Love, is that it can encompass different forms of affections and pleasures which are dissimilar. For example, the love of between parent and child is different to the love of newly weds. The word can also can also be used to describes states of being and can be used as a verb. For the rest of this post, to avoid confusion, when I use the word love, I mean to use it in its everyday usage. I explicitly do not want to use it in it's religious sense. The reason why will become apparent later.

Traditional Western understanding of the subject of Love, starts from the Greek Classical tradition, with the pagan thinkers dividing love into its various types; Storge, Phillia, Eros and Agape. But I think this approach hinders rather than helps an understanding of the subject.  What I propose is to look at Love from a point of view of the cognitive process. (Note: Agape here is used in the pagan meaning)

In order to love there has to be something one loves; in other words, love must have an object. That object may be anything;  a child, a car, one's country, a woman and so on. The point is that love is focused on a thing but not just any old thing. The thing being considered must possess some form of good which elicit some from of love response.  The intellect, in contemplation of the object, recognises some good, and in the process of recognition generates some form of pleasant sensation. It's this recognition/pleasant sensation-generation process that we call love. The opposite occurs for hate and disgust. It's my opinion that the variations in the type of feelings we get in response to percieved goods are probably related to biological subconscious cerebral processing. There is probably some higher order "good perception mechanism" which then gets modified by higher level cortical processing to produce the different sensations for the different types of love. In the presence of a our own children we may feel the sensation of Storge, amongst a sexy woman, Eros, and upon contemplation of our friends, Phillia.

This pleasure generated by this mechanism is not only appreciated passively but serves as motivating force both to further our pleasure and to benefit the object of love. Parents look after their children because get pleasure from them, lovers give each other gifts because of the pleasure it gives the giver to see the recipient happy, men fight for their country because they do not want to see its good despoiled by the enemy.

Now, I believe that the Evo-Bio crowd overplay their hand, but it doesn't take a rocket scientist to see that this cognitive perception/pleasure mechanism serves  a vital function in providing the bonding force in between individuals and groups in society; between parents and children, friends, lovers,  communities and so on It would appear that our innate biology is wired in such a way to get pleasure from connecting with others. Evolution, or God's design, has made man a social being.

If we explore this perception/pleasure mechanism in further depth we see that our relationship with love's object is driven by a hedonic motivation in ourselves. The stronger the pleasure generated by love's object the more the lover will want to form some connection with the beloved.  Paradoxically then, the psychological center of this love is not love's object but in the sensation of the pleasures generated by the object in the lover; the object being a means of self-pleasure. Although this may be distasteful to many, the psychological process at play in masturbation are similar to that in love.The bonding phenomenon is a consequence of pleasure seeking in ourselves. It's both a narcissistic and onanistic type of phenomenon. Ferdinand was on the ball.

This does not mean that when we love we are callous of the beloved. The pleasures generated by love may motivate us to act in such a way that a positive feedback mechanism is generated, but there is no implicit need to do so. A man may love the good of a beautiful woman's body but not care much about rest of her just as a woman may love a man's wealth and not necessarily love the man. The thing about love is that it enjoys the goods of another without any obligation to provide anything in return. Love is a solipsitic pleasure and the only reason we bond is because our pleasure is contingent upon another.

The more you mediate on the cognitive psychology of love the more unsettling it becomes. Being a mechanism that is dependent on the appreciation of anothers goods, it clear that if the other lacks any goods then no love or bonding will happen. It also becomes pretty obvious that "love" will only last as long as pleasure is being generated by the love mechanism.  Should the mechanism fail, so will the force of attraction.

Now, as far as I can see, there are four mechanisms which cause "love" failure. These are:

1) Degradation of percieved goods. i.e Aging, obesity, sickness, change in personality, etc.
2) Habituation of pleasure. i.e. is that the same good over time fails to generated a pleasurable response and boredom sets in.
3) Substitution: A better good comes along. Trading up.
4) Narcissism. The inability to perceive value.

Love then,  relying solely on the pleasure generating mechanism is a transient thing.  As Houellebecq, writing about fading female beauty, brutally puts it:


[Ed: Women]live a lot longer and suffer a lot more (than men). They try to trade on their looks, even when they know their bodies are sad and ugly. They get hurt but they do it anyway, because they cannot give up the need to be loved. That’s one delusion they’ll keep to the bitter end. Once she’s past a certain age, a woman might get to rub up against some cocks, but she has no chance of being loved

People accuse Houellebecq of painting things far too black, but as far as I can see it, he is chillingly accurate in his understanding of love in the modern world.  Houellebecq's genius is portraying man in the temporal universe, where the goods he has to offer are both unequally distributed and being entropically destroyed by the passage if time.  In such a world, no love is permanent as all goods are transitory, any feelings between people, a pleasant exchange of goods which is ultimately meaningless in the vast gulf of time. There is no permanence of love as the love lasts only as long as the loved as something to give to the lover. Beautiful women get fat and their breasts sag, studs become impotent, bubbly toddlers turn into horrible teenagers, plain people live alone and masturbate. Ugly in our old age, we die lonely deaths. Marriage ceases to be till death do us part, but as long as a there is a hedonic benefit in doing so. The glue which binds is fickle, and bereft of any appreciable goods we both live and die alone.

Such is the nature of natural love. The Evo-Bio crowd in many ways are perhaps the clearest thinkers about love. For them its  more like a mutually beneficial exchange. Marriage, for example, is an exchange of the good of sex for the good of security. Each party mutually benefits and is pleased by the result. The problem is that the goods, like the love, is transient. Commentator Jason grasped the significance of this type of love.


For really – if you eschew such concepts as transcendence, selfless love that puts the other often above self, and so on – and I think it is reasonable to say that nihilists again, in general, tend to do so, then it is just natural that you’ll have a Hobbesian sexual world if it consists of a lot of individuals who are themselves nihilists. It just follows, since without such things as love and sacrifice, other people are usually simply seen it terms of “What do they offer to me? And what price do I have to pay to acquire them?” And since individuals are very unequal as far as social and other capital is concerned (Alphas vs. Deltas, young women vs. cougars, rich vs. poor), some individuals will do very well, while others will be left in the cold (especially in today’s world).

In the end it does a become a Hobbesian type of world. The alpha carousel merely its manifestation. The reason why the world lacks love is because what we mean by love is pleasure seeking contingent upon another. Now it's true that love is not the sole motivator of our relationships. Enlightened self-interest may make us stick with a partner when the goods of the other are no longer appreciated, but in the end, self-interest is solipsistic. A race of super intelligent humans would still be ultimately lonely if the way they bound was through the love mechanism. Education or philosophy are not the answer.

Things fall apart; the centre cannot hold because love is not the answer. When put to the test the force is weak.
Posted by The Social Pathologist at 11:32 pm 10 comments: