The two articles (Link 1, Link 2) penned by Kay Hymowitz have certainly generated a lot of comment in the manosphere, most of it being idiotic. Hymowtiz's assertion, that men are stuck in pre-adolescence, in my eyes at least, certainly has some truth to it.  The Western Male today seems a pale counterpart of his father.

The vigorous response by the manosphere to Hymowitz's article seem to follow several common themes. Namely:

1) Hymowitz is a feminist.
2) Hymowitz is correct in that men are pre-adolescent but they have become that way because of women's behaviour. (In other words, male culture is the product of female punishment and rewards.)
3) Wanting to get married is not a determinant of maturity.
4) Marriage is a bum deal for men and that's why men are opting out.

While some of these points certainly have a small degree of truth to them none of them really counter her claim that lots of men are stuck in an extended adolescence and are therefore unattractive to women who want to get married.

Many of the manosphere totally missed the point of her article. Nowhere did Hymnowitz say that men should be forced to marry, her lament was that the pool of marriageable men from which women could choose from was so small. At the heart of her article is the claim that many of today's Western males are unattractive as long term mates, in other words, there are few marriageable alpha's.  Hymowitz did not say that the older frat boy should marry, in fact she clearly saw that such a man was a poor long term mate, it just that men who are "beta providers" and who live in star wars inspired decor are also sexually unappealing.

The prime cultural exemplar of Hymowitz's contention was George Sodini. Here was a man with a responsible  job,  house, normal BMI and with a desire to find a permanent mate; all features which Hymowitz ostensibly mentions as the traits of an ideal man, yet was completely invisible to women.
He ticked all the right boxes with regard to "responsibility" yet is still considered a loser by women,  and therefore unmarriageable, because he had no alpha features.

This view of course syncs with the Roissyite view that many men are beta's and therefore sexually unattractive to women.  It's therefore a bit rich seeing Roissy's accolytes attack Hymnowitz when she states that beta males are unattractive whilst alpha men are. Her post essentially channels Roissy.

Where She and Roissy differ however is on the subject of Marriage of a marker of a responsible male. Personally, I think Roissy is perfectly correct in his position provided you're a hedonistic atheist. (Though that may be open to debate.) If you're a Christian male on the other hand, marriage is a desired state of affairs and a sign of adulthood.

A useful thought exercise would be to ponder what if Hymnowitz could get her dream and have all men alpha up. The results will probably be to her expectation. Roissy has written about this before:


No, the solution is to give the New Girl Order *exactly* what it wants: Game, and an army of cads that practice it. Force feed the beast until it is choking on its own gluttony. The emissaries of the Great Lie must have the consequences of their ignorance and treachery shoved down their throats. In time, the unabashed pursuit of hedonism and the embrace of Darwinistic nihilism (two potent forces which, coincidentally, happen to have truth and pleasure on their side. Exhibit B: God is dead) will raze the neoliberal monolith to the ground, and from the ashes the eternal human cycle will begin anew, strengthened and revitalized. A complete reconciliation with our tragic destiny gives us the only chance to avoid it.

On the other hand, what alpha Christian male wants to be sloppy sixth's to the modern shrew? The problem for this type of guy is the lack of quality women out there. He wants to get married but the pickings are so slim.  Hymowitz thinks that today's average girl is "quality" product, however I think that there is a fair amount of legitimate disagreement as what constitutes quality No matter what her career achievements, a woman who has ridden the carousel and perhaps made a few trips to the abortuary is not quality material from a Christian point of view. A mature and responsible christian male would think such a woman is high risk material for infidelity and divorce and by-pass her.  If there were an en masse movement to alpha up, the following would happen. The hedonists would pump and dump while the Christians would become more choosy; the pool of marriageable suitors for women would shrink.

No, what keeps the alive the hopes of today's modern women is a pool of supplicant betas who will do what it takes to secure the sexual love of a woman and will agree to any terms. 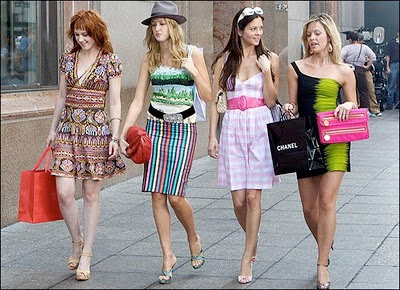 (Something to aspire to long term?)
Where Hymowitz errs, is in the assertion that today's woman is in some way more "mature" than the pre-adolescent male upon which she rightly heaps her scorn.  She labours under the illusion that the modern woman is some sort of prize that men will aspire to. Hymowitz has framed her argument in such a way that would be laughable to the good men of the past.

What marks the transition from adolescence to adulthood is the gradual assumption of responsibility, maturity and independence. What separates the child, the adolescent and the adult is the increasing influence of reason over emotion. The mature adult takes his emotions into account but is not ruled by them. Enter the concept of the Rationalisation Hamster.  The concept needs to be understood as the cognitive mechanism by which thought is subordinated  and aligned to emotion. The function of this "hamster" is to provide a superficially plausible (if not logically consistent) series of thoughts to align and justify whatever action is required by the emotional state.  It is effectively the thought process of an immature adolescent.

The "triumph" of modern Feminism has been to culturally and legislatively legitimise this rationalisation hamster. Marriage is no longer seen as a reciprocal relationship amongst two people, but rather a flexible arrangement of convenience based on the emotive state of the parties.  The logic of abortion as a woman's rights issue (ignoring the rights of the father) is another example. The furthering of women into fields that they are totally unsuited to, such as the military, police and firefighting services yet another.  Feminism has also been able to reframe feminine identity; what previous generations would have thought trampy and flighty, modern feminism has been able to portray as mature.

When Hymnowitz points to the Star Wards nerds, all I can think of is the "mature" female SATC equivalents. I admit that men sitting in mom's basement jerking off to online porn are pretty shallow, but so are the women who spend their lives shopping for bags, clothes whilst riding the carosel waiting for the enabling supplicant whom will provide them with lifestyle to which they are accustomed. People from a less enlightened age would consider a person who endlessly obsesses about their looks, the latest pair of Jimmy Choo's and who Brad is dating now, pretty superficial. It's the pot calling the kettle black.

One of the recurring comments from the men that are "players" is how the  experience of women leads to a contempt of them. It's an interesting phenomenon since wouldn't experience of these wonderful, empowered, educated SATC types at least lead to fond recollections and a overall impression of female goodness? The common explanation is that these men are unable to bond and are narcissistic.  However another explanation is never considered: Perhaps these women aren't worth bonding to. Perhaps they are nothing more than an esotrogen toy and without their sexual potential would be ignored by men. Perhaps the reason they are dumped so often is that they have no qualities which lead men to love them. It's a thought.

The problem with Hymowitz's article is not its assertion, which I agree with, but its balance. The shortage of good men is portrayed against a surfeit of good women. But she should have asked around more. It's not just a problem of an abundance of loser men, as any committed male committed Christian who wants to get married will tell you, "Where have all the good women gone?"


(Another example of the "Mature and accomplished behaviour,  check out Dalrock's Single in the Suburbs.)
Posted by The Social Pathologist at 7:04 pm 16 comments: