The Teleology of Coitus.

Note to the Atheists. Advance warning. This is a religious post. 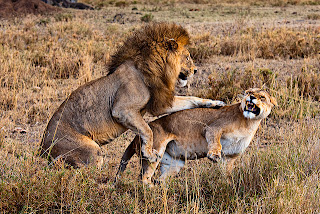 Of all the encyclicals issued by the Church in the Twentieth Century Humanae Vitae was probably the most controversial. From the moment of its promulgation it was immediately met with opposition and controversy. Sociologically, it seems to have split the faithful and adherence to it is teaching being a litmus test of orthodoxy.

The other impression I've gotten from my years of looking at the issue is that while the Church's hierarchy is convinced of the documents "rightness", there does seem to be quite a lot of private consternation at the effect it has produced. There almost seems to be desire for some type of solution to be found.  People felt that if only the document could be be "better explained' then the faithful would be drawn back to the fold.

I think this why JP II pushed the phenomenological approach, especially when it came to "contraceptive" matters. Now, maybe because of my retardedness, I've never understood the phenomenological argument against contraceptive sex. The idea that the contraceptive sex was a typed of "reservedness" when it came to love could as just as equally be applied to sex deliberately chosen when a woman is infertile. i.e. NFP. Choosing to have sex when a woman wasn't fully herself (i.e. fertile) could also be construed as a type of "rejection" of a woman's totality and a violation of "true" love.  The conflation of sex and love made it all a bit vague as well.

My own view of Humane Vitae, taking a Caritas approach, is that it is fundamentally correct. Any act which violates the telos of sex is a privation of the act and therefore intrinsically wrong. Just to be clear about this matter, this rubs me against my natural inclinations as well but the arguments are clear and convincing. As a servant to the truth I have to submit to them.

But whilst I think Humane Vitae was right in principle, I've had the growing conviction that it was wrong in what it considered contraceptive, much like the Church in the Middle Ages, which regarded all forms for interest bearing lending as usury--the Church may have banned too much.

The problem, I think, lays in the Church's understanding of the telos of sex, which it views as being intrinsically fecund. In other words, the sexual act, when non-privated in any way, shape or form is intrinsically fertile.  Or to put it another way, an infertile sexual act is one that is privated in some way, either voluntarily or involuntarily. To put it a third way, the perfect sexual act, considered in itself, always produces babies.

Now, this does not mean that the Church expected every sexual act to be fecund. It understood that privations of various kinds were beyond the control of sexual persons and therefore the sexual act was not illicit when performed under involuntarily privated conditions.(Though there was opposition to this notion) The Church never banned couples from sex whilst a woman was in menopause or after a hysterectomy. They key concept here, though, is that these though the participants in these sexual acts incurred no negative moral imputation, the acts themselves were considered privated and not teleologically complete.

I imagine that this traditional understanding came about because of the primitive understanding of the physiological mechanisms of conception. The Ancients thought thought that the failure conceive following a sexual act was due to a "fault" in the system. Natural lawyers, drawing from animal analogies, determined that the "purpose" of sex was reproduction. Combined with an Augustinian view of sexuality, which saw the "fleshy desires" as corrupting, a view sexuality took hold which saw sex as only legitimate within the context of reproduction. Both veneration for tradition in the Church and its "anti-fleshy" tendencies meant that this view was very difficult to change.

So, it was interesting to see that conundrum that Catholic confessors were put in when the mechanism of ovulation began to become elucidated. Catholics, as they became aware of the fact that women were fertile only for a limited period in their cycle, began to start timing intercourse during the periods when a woman's fertility was least. This put confessors in a bind. The traditional teaching was that sex was for conception and therefore having sex simply for pleasure was morally dubious. According to Noonan, there was a wide range of opinions on the matter ranging from outright condemnation to qualified support of the practice.  Confessors, seeking advice, petitioned to the The Sacred Penitentiary who advised them to leave the faithful alone. The Church sat on the fence.

It was not until Castii Connubi that the Church officially declared that it was not sinful to deliberately have sex when a woman was not fertile. I don't think people really realise what a revolution in Church morals and repudiation of 'tradition" that this document represented. Still, the document saw sex as the "secondary" end of coitus and persisted with the notion that the sexual act was intrinsically fecund.

Nor are those considered as acting against nature who in the married state use their right in the proper manner although on account of natural reasons either of time or of certain defects, new life cannot be brought forth. For in matrimony as well as in the use of the matrimonial rights there are also secondary ends, such as mutual aid, the cultivating of mutual love, and the quieting of concupiscence which husband and wife are not forbidden to consider so long as they are subordinated to the primary end and so long as the intrinsic nature of the act is preserved.


On deeper reflection, however, this view is problematic. A normal woman's menstrual cycle ensures that she alternates between periods of fertility and infertility, the question then needs to be asked: Is a sexual act performed during the infertile phase of a woman's cycle intrinsically privated in itself?

If we assume that God's intention can be revealed through our "design", then the period of fertility privation that occurs during the menstrual cycle would be a feature and not a bug of the system. In other words, did God intend sex to be infertile during a portion of a woman's menstrual cycle? Because, if he did, the telos of sex during this period is not fecundity because by its very nature the act is sterile by divine design. This is at odds with the Church's teaching. The only way you can square the circle between tradition and our understanding of physiology is to assume that the the infertile period of a woman's menstrual cycle is some sort of privation. But that of course leads to the conclusion that God deliberately produced a faulty product. (There's a whole host of theological problems with that.)

Given the coitus is possible during all stages of the menstrual cycle, what the design of the cycle reveals is that coitus can only achieve its telos of conception during a small portion of it. The rest of the time coitus is intrinsically infertile by design. It would appear that the telos of coitus varies with the stages of the menstrual cycle and the Church's insistence that the coitus is intrinsically orientated towards procreation would appear to be at odds with the findings of physiology.

Then again, there is the issue of menopause. Did God make a mistake? Is menopause a disease or a deliberate state intended by God? If it is intended by God, then intercourse during this period is teleologically complete and intrinsically not orientated towards children.

Then there is the issue of the suppression of ovulation by lactation. Now, this is either an intended or unintended feature of the mechanism. If unintended, it means God made a mistake: if intended, it means coitus is not intrinsically fecund during this period by design. On the other hand, if we assume that coitus is meant to be intrinsically fertile, then the deliberate use of this method to suppress ovulation--a method approved by the Church--is deliberately of malign intent since it aims to private a woman's fertility. The fact that the mechanism is endogenous in no way absolves it of its evil.

The idea that a coitus is meant to be be intrinsically fecund is not just a statement of morals but of physiology as well. It implies that that an infertile woman (either temporarily or permanently) is a privated one. Or, to put it another way,  the ideal, non-privated woman (with respect to traditional sexuality) is meant to be fertile all the time: something which our understanding of physiology refutes. The idea that sexual activity is meant to be intrinsically fecund is the "traditional" understanding of physiology being "front-loaded" into morals by Natural Law philosophy.*

FWIW, my own view on the teleology of coitus is that the coital act achieves it telos when sperm is deposited in the vagina. This approach squares up with all the physiological findings and does not result in us thinking of menopause as a disease or the infertile periods of the menstrual cycle as being some form of privatory state. It also squares up with a lot of traditional morality.

Over at Zippy's blog there has been some criticism of the critics of NFP who tend to see similarity with the practitioners of NFP and contraceptors.

Now, an act's morality is determined by the act, the intentions and the circumstances. All it takes is for one of these elements to be morally wrong for the act to assume a negative moral character. If, for the moment, we push circumstances aside, we see that while the NFP crowd and contraceptors clearly act differently their intentions are the same.

If coitus is mean to be intrinsically fecund then the intention of both parties is to instantiate a privated form of it (the desire for the privation of a thing) is morally wrong. The idea that NFPer's are "open to life" is contradicted by the fact that they are timing coitus for periods when the capability of generating life is apparently non-existent. It's like saying you want to go to Church but then deliberately turn up when you know that Mass is not on. This type of cognitive dissonance is usually found amongst the idiotic left who say one thing and do another. The problem of intentionality is solved if the intention to pursue infecund sex as an end (through licit means) is seen as morally legitimate.

Note: Anyone who wants to comment should remember that post is about the telos of sex and not contraception.

Posted by The Social Pathologist at 9:13 am 47 comments: