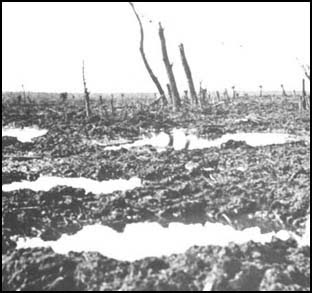 Recently I've noticed a few referrals from the Traditional Christianity website, particularly from this post. The author, after gently taking issue with my article, concludes her reply with the following:


Traditionalists can accept that not every woman will find her bliss being a mother, but we don’t have to arrange society to accommodate the few when the majority are wired for domesticity.

In articles such as this one, the devil is usual in the details and one that pricked my attention was this one;


Our problem is that many feminists will use these outlier women as a reason why we must have all the stuff that Traditionalists don’t like (STDL).

This may look like an innocuous comment, but the logic behind it is a source of much female misery.
Here in Australia, the maternal world is polarised into two groups, the mums who work and then ones who stay at home. Ostensibly each group is happy with its life choice but when you get to know these women better you peel behind the facade and realise that many of them aren't.

As mentioned previously, women are more wired to be heard animals, they are acutely sensitive to group norms and their conformity with them. Women are most happy when everyone's doing the same thing. As soon as someone steps out of line they are ostracised, hence the cliquiness of women. In women, ostracism is an anxiety generating process which settles only by acceptance of the group.

One of Feminism's achievements has been to legtitimise the women who want to work, and this caused a splitting of the heard into two groups. Those who want to work and those who don't. Now, each woman recognises that she both belongs to one group and is excluded from the other, so while there is safety in being with her herd there is anxiety at being outside the other's.

One of the things you notice about talking to working women is that they frequently feel guilt at not being homemakers, the sting of childcare makes them feel like they are a bad mother. On the other hand, many women who are homemakers have expressed to me "their failure of being just a homemaker", especially when the kids have gotten older. Each group of women shames the other.

You don't see this happening amongst men. If one group of males wants to do X and another Y, X doesn't feel angst at Y's choices nor Y at X's. Men generally don't give a damn, since men are wired to be individualistic.

If we analyse the above comment in detail we see the following:


Our problem is that many feminists will use these outlier women as a reason why we must have all the stuff that Traditionalists don’t like (STDL).

Suppose we were a traditionalist amongst feminists, citing Catherine Hakim's data to support our case that some women actually want domesticity. We could "flip" the sentence to the following:


Our problem is that many Traditionalists will use these outlier women as a reason why we must have all the stuff that Feminists don’t like (SFDL).

Is something that is not out of place in a feminist tract.

The women most secure in their life choices are those at the opposing poles of female domesticity spectrum, everyone else is caught up in a No Woman's Land of anxiety between these two poles. Guilt about motherhood and work is the hallmark of a majority of women.

Women are bitches to each other.
Posted by The Social Pathologist at 9:46 pm 22 comments: