A reply to Jason. 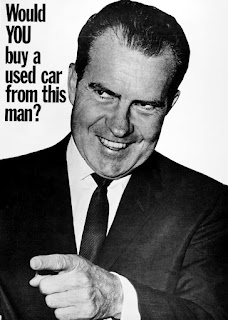 
Anyway, as far as your essay is concerned, it seems to me that Mencken (and you) are really inquiring into the issue of intelligence and how it relates to citizenship.

Not so much citizenship as governance.  A say in the governance of a country is not a conditional property of citizenship. A man may be a citizen of a country yet still not have any voting rights. This is an important distinction as we are so conditioned to conflate the two. Governance is about running the country properly, citizenship is about the possession of rights which are peculiar to that country. A man who does not have the right to vote can still be a citizen.


Since the Greeks it has been known that democracies cannot survive in places where there are peoples who lack good citizenship; also since the Greeks, it has been understood that good citizenship is inseparable from the habitual practice of virtue – if citizens don’t have good families, good work habits, a certain civic knowledge of politics and history, and so on, then eventually their republics, constitutional monarchies, or whatever are eventually going to disintegrate and fall.

I think the term virtue needs to be clarified. The virtues, with respect to politics, can be divided into two types. The moral virtues and the civic virtues. Each has its particular role to play in a community. Morality governs our relationships with each other, whilst civic virtue is directly concerned with how the state is organised. The important point to remember is that to a certain degree, each can exist without the other.


The elephant in the room that many do not want to face though – on both the right and left - is the relationship between intelligence and the ability to be virtuous.

I don't think that it's the elephant in the room. Firstly, with regard to virtue and intelligence, I really don't think it is much of a problem. From a classical perspective, it is a problem though. The ancients all thought that a man had to be at least a bit "philosophical" in order to live a good life. This in turn implied intelligence which, if lacking, condemned the stupid man to a life of misery. Christianity solved this problem by giving a man the "Ten Commandments".  It didn't ask a man to think through the problems of life, it just told him how to live. No thinking required. The fantastic thing about this approach is that by insisting on rules instead of reason it lifted a lot of stupid people up from the swamp. With the decline in morality however, the stupid are sliding back into the mire.

The real problem, especially amongst religious conservatives, is the conflation of moral goodness with political virtue which is a serious misconception. Let me explain what I mean. Jimmy Carter was by all accounts a morally better man than Richard Nixon, but he was a far worse president. His moral goodness did not translate into good political action. For all his faults, Nixon governed the country better than Carter with all his good intentions.


Now to be sure, people with low or average intelligence can certainly act with virtue (e.g. many lesser intelligent individuals have fought very bravely in wars), yet are they always equipped to make good political decisions? A dense but nonetheless very good and devout Hispanic Catholic American, for example, might be a good family man and do good deeds in his community, yet be totally single-minded as far as the issues of ethnicity and illegal immigration are concerned. The idea that the sovereignty of the U.S. and the rule of law might be more important than identification with his ethnic and religious brethren might simply be beyond him, and not due to malice or willful obtuseness but simply to lack of cognition. In plain English, he just doesn’t know any better. Yet multiply such Hispanic Americans by millions, those who simply cannot comprehend why other native Americans might term illegal immigrants as actually being “illegal” rather than “undocumented” or other Orwellian terms, and you have a real problem on your hands.  For the ability to make thoughtful political decisions in a democracy where the people are sovereign does require a certain capacity for abstract thinking, namely the ability to weigh competing values (e.g. sympathy for immigrants vs. the capacity of nations to absorb such immigrants). Needless to say, a capacity for such abstraction is unequally allocated in the population – hence the perennial danger of tyranny of the majority or of various minorities.

In his Notes on Democray, Mencken quotes William Hartpole Lecky.  Lecky was an Irish Jurist who was opposed to universal suffrage and wrote a two volume book arguing against the notion. The books can be found online here.  I was reading the first chapter of the book when I was struck by the extraordinary similarity between your comment and passage from the book.


The men who vote through such motives are often most useful members of the community. They are sober, honest, industrious labourers; excellent fathers and husbands; capable of becoming, if need be, admirable soldiers. They are also often men who, within the narrow circle of their own ideas, surroundings, and immediate interests, exhibit no small shrewdness of judgment; but they are as ignorant as children of the great questions of foreign, or Indian, or Irish, or colonial policy, of the complicated and far-reaching consequences of the constitutional changes, or the great questions relating to commercial or financial policy, on which a general election frequently turns. If they are asked to vote on these issues, all that can be safely predicted is that their decision will not represent
either settled conviction or real knowledge.

The book was written in the end of the at the end of the 19th Century and is remarkably prophetical with regard to the social effects of democratic government. He was really harsh on the U.S. I'll finish today's post with this last quote.


Yet, surely nothing in ancient alchemy was more irrational than the notion that increased ignorance in the elective body will be converted into increased capacity for good government in the representative body; that the best way to improve the world and secure rational progress is to place government more and more under the control of the least enlightened classes.

Posted by The Social Pathologist at 11:31 pm 12 comments: