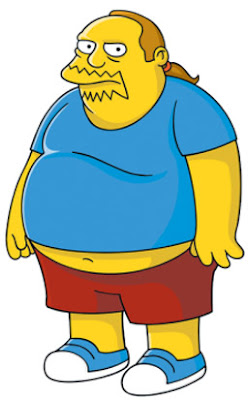 A common theme running through the "manosphere" at the moment is with regard to the deplorable state of modern woman. The average Western Woman, after marriage, is percieved a frumpy, fat, fickle and frigid. The accumulating sexual undesirability of the married western woman is reason enough for many to eschew marriage and pursue a life of "pumping and dumping". And to be fair, there does seem to be some justification for this view.

Then of course, there is the female view. Once again, a common theme running through "girly-world" is that there is a shortage of "good men", that is marriageable men. It needs to be understood that these complaints are voiced by both promiscuous and chaste women. The conventional manosphere analysis is that this turn of events is solely the result of feminism and hypergamous female sexuality.   These social phenomena have eliminated the incentives to get married and hence men are "opting out".  Now its worthwhile considering who exactly are these men opting out.

By opting out, we mean men who don't want to get married to other women. (We'll exclude the homos)
From a sexual point of view, these men can be divided into the following groups.

Next we consider what a woman means by a good man. In girlspeak a "good man" is a man that ignites all of her desires. Considered as a group of attributes, the ideal man has none that are unattractive. The "goodness" of a man declines as do his attributes. Now it also needs to be understood that a good man is not a convenient man, a man who despite his obvious flaws, serves some purpose in marriage. For example, an unattractive beta schlub who is a good provider may be a convenient suboptimal mate but he is no way ideal or good.  Given today's liberal divorce laws she may choose to "trade up" if the opportunity so presents.

Hence when women refer to the shortage of "good men" they are really referring to the group (2) individual, the men who are sexually attractive and who don't want to commit. The group (3) individual is not really a "good man" from a woman's point of view, he is sub-optimal. So when group (3) men talk about "opting out of marriage" they're deluding themselves, since they really weren't first choice in the marriage market to begin with.

The reason I bring this up is because over at Mark Richardson's there has been an interesting discussion going on with regard to opting out of marriage. There is the usual analysis with regard to the matter but its my contention that maybe in some instances the female critics may have a point.

I urge you to have a look.

With the modern redefinition of marriage(a relationship based on an emotional state) and the sexual revolution it is to be expected that women would gravitate towards the alpha males in a form of soft polygamy. The main losers of course in this arrangement were the non-alphas. Whilst I can appreciate a lot of the Beta-Omega pain and angst, a lot of them seem to bear anger towards women for the result, especially the more traditional types. In their view women are bad for wanting alpha males and a society works best when it restricts female choice and channels women through rigid laws and mores, towards beta males. (A doomed concept since our knowledge of hypergamy leads to the conclusion that this state of affairs will lead to tepid sex)

Seeing, that when women are given a free choice, they want to "alpha up", the losers of the arrangement yearn for a time when women were forced to "beta down". This of course is not what happened in the past. Their view of traditional society is wrong.

Social mores and customs did limit the alpha access to women, but it did have a flipside, society also expected men to become alpha. The naturally beta/omega male was not left to his own devices, he did not live as he saw fit, rather society expected him to behave as a man. The beta male, was through shame and social pressure "alpha'd up".  The metro-sexual and gay cultures would have been fringe movements in the 40's as the average man displaying those features would have been beaten up. As I said before, there was strong social pressure to alpha.

With the dismantling of communal culture, what we are seeing in the first world is default to a more primitive state. Perhaps humanity's default setting. Man devoid of social norms assumes his natural state, a small pool of alphas, a mean of betas and a tail of omegas.  For most men, being "themselves", will mean being unattractive to women.
Posted by The Social Pathologist at 12:31 am 26 comments: