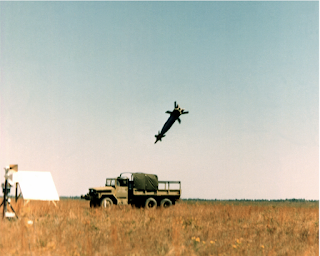 Sometimes even though world events are complicated and require nuance, the moral response to them is not hard. One of the most depressing things about the current war in Ukraine is watching some of the leaders of the the "dissident Right" cheer on the actions of Vladimir Putin. It's a gross moral failure.

Russian claims about being threatened by NATO are quite simply, rubbish.  Does Switzerland feel threatened, surrounded as it is by NATO. As you read this blog, there are probably three or four Russian nuclear armed submarines just off the U.S. coast, closer to the American shoreline than Kiev is to the Russian border.  Likewise, there are probably a similar number of U.S submarines off Russian waters. When it comes to nuclear war, the presence of nuclear weapons on the Ukrainian soil is largely an irrelevancy. It's the subs that are the scary weapons.

So why did the Russians decide to go to war?

The Kremlin's anti NATO and anti Ukrainian propaganda has a familiar tune to those who remember the events that led to War in Yugoslavia.  Because the Kremlin's arguments are exactly the same--except for the place names--as the one advocated by Serbian Nationalists in that war.  Russia sees Ukraine, just like Serbia saw Croatia, as its rightful clay. Even Kiev (with its historical role in the foundation of the Russian state) is analogous to the Serbian spiritual claim over Kosovo. And the reason why Russia did not want Ukraine in NATO is because it would have frustrated this ambition. The Russians don't want to fight a nuclear armed power.

The Poles understand this, as do the other former Warsaw Pact nations, the problem is that those in the West, particularly the Germans, don't. It also seems that many "conservatives" in the West fail to grasp this fact. Nationalistic Russia is a predatory power.

So while Putin's forces have violated a country borders whom they promised to respect, and are bombing civilian targets indiscriminately we have many "conservatives" cheering him on.  Mark Twain once said, history may not repeat but it sure does rhyme and there's a lot of the 1930's in the air at the moment.

Back in the 1930's socialism was rapidly taking over the mindset of the elites in the West which challenged the pre-existing social order. Many of the traditional approaches at combating them were ineffective, and men like Mussolini and Hitler earned a lot of 'respect" from the "Right" for their apparently ability to curb the Left.  The problem, however,  was that the "Right" that these guys represented was superficial, and deep down it carried with it all of the metaphysical poisons of the Left.

If you were a conservative in the 1930's there was a lot to like about Hitler and his mates. For instance, he was profoundly anti-degenerate, but then again that depends on how you define degeneracy. From a Christian perspective, it's no use being against the globohomo if you embrace murder of the innocents, deliberate lying and widespread theft. You might not go to Hell for buggery but you're still going to go to Hell.

Likewise it's also understandable to see why many conservatives would see something beneficial with Vladimir Putin. He is also against the globohomo, strongly nationalistic, "Christian" and is trying to restore "family" values in Russia. I strongly advise anyone who wishes to understand him to study the concept of Russkij Mir. The problem with the ideology behind this "Pax Russia" is that it is profoundly anti-Western, not in the sense of the Modern West, but also also in the sense of the the "Traditional West". Our idiot conservatives are cheering him on.

The image of modern Russia is in many ways akin to the Potemkin villages of the past. Superfically attractive but deep down rotten to the core. Russia has some serious cultural problems, and they're not simply the legacy of Communism but a problem with its history and relationship with the Russian Orthodox Church. Stephen Kotkin in an interview with the New Yorker, gives a great talk on this subject.  This is the Russia that Putin is championing, and this the Russia that the "useful conservative idiots" in the West are cheering on.

The Russia that these idiots are championing has the highest rates of abortion, homicide, divorce, suicidality and criminality in Europe. Google it up. Much like German--and European--society in the the 1930's, Russian society is profoundly morally sick. It is no moral exemplar. The fact that many "dissident" conservatives are cheering it on shows just how distorted their moral compass is.

And in criticising modern Russia I'm in no way vindicting the modern West, both societies are profoundly diseased. European civilisation is a profound moral crisis and the only way out of it, as I see it, is through a rejuvenated civic Christianity which can steer itself between the brothel that is the modern West and the spiritual wasteland of the East.

Posted by The Social Pathologist at 10:48 pm 41 comments: