Unlike most people, I'm not an enthusiastic cheerleader for Trump. Don't get me wrong, there is a lot about him that I like, it's just that I don't think he is THE ONE. I get the impression that apart from a few popularist positions and slogans there isn't much political substance behind him. Still, I admire him for the way he has handled the media, and the way he has damaged the GOP establishmen and the way he has shifted the Overton window on issues such as immigration and job protection, something which seemed distant but a year ago. Perhaps his greatest legacy will be that he has energised the Middle American Radicals, a group that has till now been pretty apathetic, where this goes, I don't know, but there's change in the wind.

He's had a good night tonight and I've enjoyed watching the GOP flail with impotence at him. It's been the most entertaining politics in ages. Meanwhile over at Megyn's....... 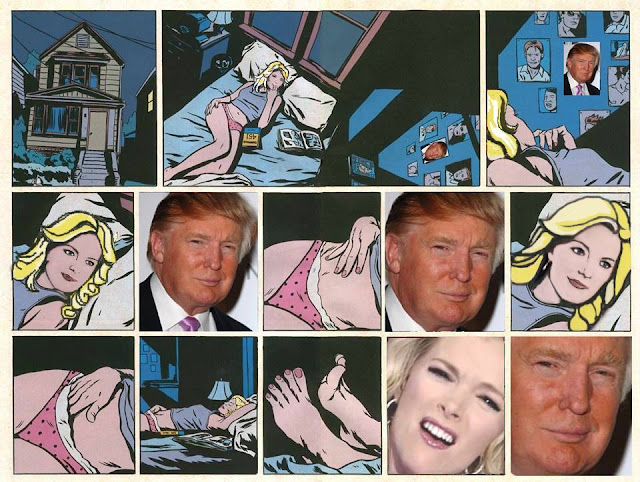 (Great political art. I'm sorry I don't know who the artist is, but I tip my hat to you sir!)
Posted by The Social Pathologist at 11:16 pm 7 comments: