The Limits of Female Programmability. 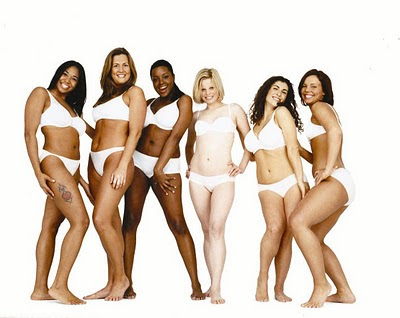 Apropos of recent comments made by Roissy and the editorial staff of Marie Clare, Commentator Dex bought to my attention a rather interesting study.

Its a rather interesting paper with some rather surprising findings. Looking around a bit I found the original paper here. (Should Advertisers Use Skinny Models?)

The summary of the study's findings were:

What's going on? One would assume that with female social plasticity, the self esteem of a woman would vary with the "contrast" between social ideals and their actual state. Yet it would appear not to be the case, as women with low BMI (as opposed to excessively low BMI) seem unaffected by the social images presented to them. On the other hand, women with every other BMI except low normal seem to be affected by media images.

One good explanation for the phenomenon can be found in this article. Why fashion Advertisers Should Ignore Women Who Complain About Skinny Models. Quote:


In 2004, The Gap (GPS) launched a chain of stores for “older” women (i.e. the 35 and up crowd). It was called Forth & Towne. On paper, this was a good idea: Such women have higher incomes and buy more clothes than their 18 to 34-year-old counterparts. Why not target them instead of their daughters? Some of the brand’s ads featured models in their 50s. Gap pulled the plug on Forth & Towne in 2007. The reason: In their minds, women are permanently 22 and skinny. Fashion is aspirational — consumers want it to make them more (or less) of what they actually are. Hence the highly illogical phenomenon of buying a pair of jeans and then going on a diet to fit into them.

I think that the author here is right for the wrong reasons, it's not that women have in their minds the ideal of being 22 and skinny, rather women who are 22 and skinny elicit the most pleasing responses in their mind of women, and this response is "hard wired". Aspergy readers may point to examples of women in their late 20's or 30's which are considered beautiful, but they as usual have missed the mark. The point is that these older women are similar to that 22 year old ideal. It is almost, one might say, the Platonic "form" of the beautiful.

A fascinating experiment was done by several Canadian researchers. Contrast or Assimilation As a Result of Upward Social Comparison with Idealized Images: The Role of Mode of Exposure and Priming. What the study showed is that women were able to be influenced "subconsciously" by female body images. Quote:


Thus, rather counter-intuitively, we have found that women may be most susceptible to the negative consequences of exposure to idealized female images precisely when they are not focusing on their level of attractiveness.

What seems to be happening is that women process information on two levels:

When confronted with an image, the primal processing determines its "pleasingness" and elicits some sort of positive response. It would appear that 22 year old skinny attractive women elicit the most pleasing response and the further from this "norm", the less the response. Indeed, experience suggests that certain physical characteristics such as obesity, marked asymmetry, disease and mutilation can elicit negative emotion.

Now it's true that whilst "aware" humans can to a certain degree rationalise away this response, (that is the point of the story "Beauty and the Beast") the hard truth of the matter is that the emotional response we get in response to certain stimuli is hard wired and can't be willed away. In Roissyspeak, with effort, the Rationalisation Hamster is able to overcome the God of Biomechanics but as soon as the hamster gets tired or is distracted, the God of Biomechanics asserts itself.

Despite all of the rationalisations with regard to the use of plus size models, the fact of the matter is that plus-size models elicit negative feelings involuntarily.

One final element that needs to be considered in this analysis is the role of the social processor in female body image. As mentioned previously, women are "hard wired" to compare themselves to others. What we would expect from understanding of the role of social processing in female cognition is that women first compare themselves with the target and then either associate or disassociate with it. If the target elicits positive feelings and they associate themselves with it, they will have their self-esteem boosted, if they cannot associate, their self esteem is decreased. If the target elicits negative feelings and women associate with it, then this will elicit negative self esteem whilst disassociation with the target will elicit positive self-esteem.

Now lets look at the plus-size model from a low normal BMI girl's perspective. The image of the plus-sized models elicit negative feelings, she recognises that she doesn't look anything like the girl in the advertisement and feels good about herself. Self-esteem boosted.

Large BMI girl looks at the plus-size model image and it elicits negative feelings, she however recognises that she looks like the women in the image, and hence her self-esteem is lowered lowered. (It's only when the models are so obese that she cannot form an association with the model that self-esteem is boosted)

Normal BMI girl looks at the plus size image and registers negative emotion, however whilst her BMI may be normal she notes that her thighs are a bit thick and that they look a lot like the thighs of the plus size model. She forms an tenuous association with the image and the negative emotion, and her self-esteem is lowered. On the other hand, when she sees the pretty model, positive emotion is elicited and she notes that with a bit of dieting she could look like her, boosting her self-esteem.


For most other people, comparing themselves to obese models makes them feel better because they don’t perceive themselves as being like them. However, the effect of moderately heavy models (the ‘Dove models’, if we can give them that name) is for most consumers (except for those with a low BMI) negative and leads to a decrease in self-esteem. This effect is an important finding and goes against the perceptions that many marketers have about the size of models that should be used in campaigns.

For whatever reason, it would appear that whilst women have more "behavioural plasticity" than men, this plasticity has its limits. I imagine it is evolution or God's way of ensuring that no matter how stupid human beings become, they will always drift back to their genetic norms. 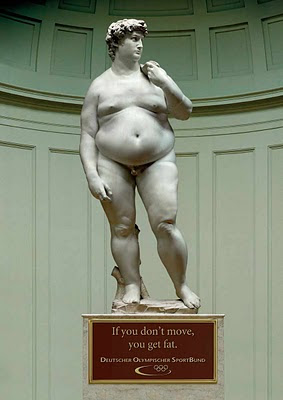 Whilst I agree that the fashion industry has a lot to answer for with regard to unrealistic body images, the fat acceptance movement is another example of a society trying to entrench an intellectual pathology. It will fail.
Posted by The Social Pathologist at 7:38 pm 11 comments: