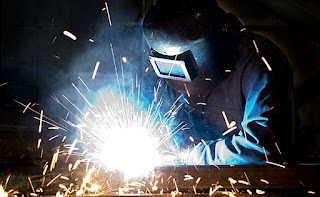 I thought I would put up this post on Charity as Commentator Spandrell has asked me to elaborate on the matter further. These are my thoughts.

The first thing you have to understand is that Charity cannot be explained within a materialist philosophy.  This was Houellebecq's (an atheist) point, materialism makes love, especially permanent love impossible for the reasons enumerated in the previous posts. Atheism, on the other hand, facilitates hedonism but it kills love.

Therefore, Charity cannot be described in material terms but needs to be recognised as an immaterial thing. You've got to think of Charity as a property, much like magnetism or radioactivity.  Now, you can't tell if a piece of steel is magnetic by looking it, the way you can work its magnetic is by its effects; it's the same with Charity.

Secondly, in order to understand Charity, any emotional associations must be stripped from it.

I want to start with a silly example. Imagine that you are in possession of a charity ray-gun. In other words by pointing your gun at an object and firing, Charity will exert its effect.

Imagine we found this old Beetle and aimed our charity ray-gun at it. 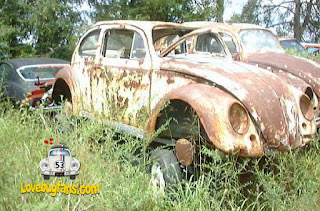 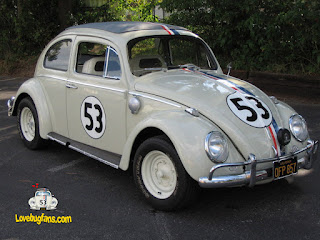 The effect of Charity would be to restore the vehicle to its idealised condition.  Take a second example.  Here we have a picture of a girl with acne and let's say we aimed our ray-gun at her. This would be the effect; 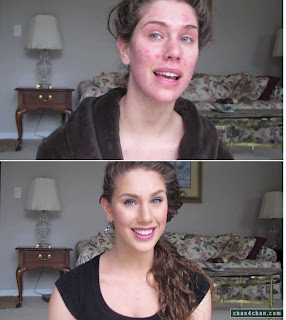 The effect of Charity is to restore things to their idealised state by removing their privations. The last example is particularly pertinent. I mean if you look at the life of Jesus, he's always going about curing the sick and the disfigured, in other words, restoring them to their idealised states.  The objective of the charitable act is the perfection of the target. Other examples would be providing a hungry man with food,  any method which decreased ignorance, taking away pain, etc.

Perfection needs to be understood as being perfect in the way that God intended it. When Jesus is curing the sick and disfigured, his charitable act never results in the recipient getting two noses or three ears, no matter how interesting a demonstration of his power this would be; the being is always restored to his proper human form.  The effect of Charity then is to bring the effected target in alignment with God's idea of it.

It also needs to be understood that this force is not something apart from God, but something that is intrinsic to His nature. The charity-gun literally shoots "God-ness" from it.

Now, there is no such thing as a charity ray-gun, but the way that Charity operates in the real world is by being implanted in our human selves and thereby directing our will towards charitable acts.  God, through charity, directs men to perfect the world. A man with charity literally has a bit of "the stuff of God" in his nature.

Seeing that our human acts are limited by both temporal and physical factors, as well as personality and knowledge,  our expressed charity will therefore always be limited by these factors.  That's why Christian writers have always said that the expression of Charity is contingent upon other virtues such as Prudence, Fortitude, Temperance and Justice.

These virtues are important because Charity has to compete with our intelligence and emotions in directing the will. Charity is easy when both reason and emotion are on board but the real test is when they are in opposition. As the Master says:


You have heard that it hath been said, Thou shalt love thy neighbour, and hate thy enemy. But I say to you, Love your enemies: do good to them that hate you: and pray for them that persecute and calumniate you: That you may be the children of your Father who is in heaven, who maketh his sun to rise upon the good, and bad, and raineth upon the just and the unjust. For if you love them that love you, what reward shall you have? do not even the publicans this? And if you salute your brethren only, what do you more? do not also the heathens this? Be you therefore perfect, as also your heavenly Father is perfect.

When you first look at this passage, the commands runs contrary to our natural inclinations and require a certain opposition of the will in order to abide by them. In fact, in addition to the scorn the Romans poured onto the Christians, they also thought that they were weird.  So unnatural did their actions  appear to them. To the pagans, the Christian behaviour seemed to run against affection and reason, and indeed, upon a superficial reflection of the passage, Christianity seems to direct people towards doing stuff that is disagreeable. But this approach is a trap since it conflates Charity with emotion and it's that conflation that confuses the issue.

It also needs to be remembered, especially amongst the po-faced masochistic Christian types, that sometimes charity works with our reason and emotions.  To these types, Christianity is all about crosses, suffering, denial, etc. But this is warped view of  Christianity, and it's a view of Christianity based on a negative emotional association with charity.  What people need to understand is that while charity compels us to do our duty sometimes the duty is a pleasure. A man sharing a beer with his friends is being charitable, as is a man giving gifts to friends he likes, as is a man enthusiastically shagging his wife; all these things are the way that God intends them to be.

To paraphrase Nietzsche, Charity is beyond emotion and reason. Charity seeks to impose its will across the human experience

Now, there are several reasons why charity binds. Firstly, charity aims to strengthen and restore broken bonds. Charity, for example, does not permit divorce (at least frivolous ones) because the institution of marriage is privated by the practice of it. Charity directs the will to keep a marriage together even if the "heart isn't it", since once a legitimate bond is set, charity tries to keep it intact. This is why when religion is taken seriously, instead of given lip service, divorce rates plummet. It's also why Christian virgins are better bets at marriage, because the charity that keeps them virginal also keeps them married: they posses and a quality that works against failure.

And if we take the Bible as expressing the will of God, then one will notice a whole bunch of obligatory relations that God wants us to have; respect for parents, lawful authorities and to Him. There is a whole bunch of "binding" going on and it would appear that God wants us to interact with others, especially to those with whom we have the closest biological and community links. It would a appear that there is a meta-imperative to de-atomise.

It's also why the charitable man is a patriot to his country and its institutions, even though they may revolt him in their corruption and evil. His will is directed to repair the malady, not out of any feelings he has for the country or some imagined good, but because his charitable nature compels him to work to restore it to its perfection.

The second reason why charity binds is because charity is expansive. If it finds a privation it attempts to remedy it. The parable of the talents refers to this, charity being the talent. Once given Charity, a man is expected to get of his arse and put it to good use in perfecting the world. It's why a man with charity who fails to express it is a dead man walking: charity's nature is thwarted by his passivity. It's the whole faith without works thing. Christianity is not just an epistemological thing, it's a force.

Being a remedial force, it means that it is the force through which renewal takes place. This is why there will be no western revival until the knee bends before the altar. Because charity is an immaterial power given by God,  beyond the grasp of materialism.  You can't make it, you can't will it any more than a man can will away magnetism or colour or will gravity. It is beyond materialism. In order to posses it you must either ask for it by acknowledging God and thereby disavowing atheism or He will thrust it onto you.


I want to be loved despite my faults. It isn’t exactly true that I’m a provocateur. A real provocateur is someone who says things he doesn’t think, just to shock. I try to say what I think."

Posted by The Social Pathologist at 2:02 pm 11 comments: