As I've argued in my previous posts, one of the great problems with modern democracy is that political power is placed into the hands of men and women who lack the capacity to make judgements. Furthermore, even amongst those who can make judgements, there appears to be a natural cognitive-emotive defense which prevents facts, which are inconvenient to one's political orientation from becoming recognised.

The problem with this state of affairs should be obvious to anyone who has the ability to syanpse at least two pairs of neurons.  Wrong decisions are going to be made....repeatedly.....even with the best of intentions.

The reason why I bring this up again is because I was familiarising myself with the Trayvon Martin case and became aware of  Rachael Jeantel. 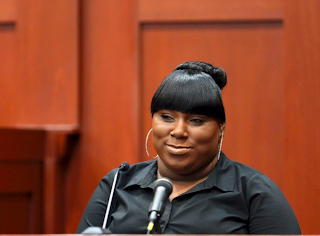 I think its important to put a face to the subject matter, since the topic on hand is not an abstraction but a real life problem.  Rachael is a senior high school student who is illiterate. I mean how are you in senior high school and not able to read or write?  But more importantly, Rachael Jeantel is 19, and therefore, as I understand it, has the God given right to Vote in the state of Florida. She gets the right to actively participate in the electoral process. She gets a say in the running of government.

How much consideration do you think she gives to national defense? Or how to finance health care? Social Security?  How about to environmental care or nuclear power?

Dwell on those thoughts and remember that there are millions or Rachaels out there. Contrast her with Keith Tillage, 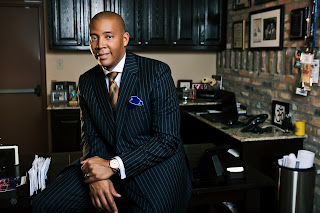 someone I've randomly pulled from the internet for no particularly reason apart from the fact that he came up when I Google successful black small business man. Do you think he is concerned about taxes, national defense and education? Law and order? Do you think he can read?

More importantly which one of these two is more likely, if given power, to turn tyrannical?

And yet, the democratic system of the Western World gives each one of these individuals an equal vote.

This is not a  issue about Left or Right, it's a question about stupid and competent. Mencken was right. In any group of people there exists superior and inferior men.  The notion of superiority chafes the democratic, but not conservative mind. Who can seriously argue, that on matters political Keith Tillage's opinion is worth more than Rachael Jeantel's ? From a conservative perspective, is it right to give a say in the political affairs of the nation to those who have no comprehension of them?  The answer for any rational man is in the negative and therefore how should a rational man view unlimited democracy?

People need to remember that, numerically, the elites form only a small percentage of society. The reason why they are able to exert the influence that they do is by co-opting the unthinking orks of the underclass.  The ideologues know how to play the system to their advantage.  The leftward lurch of western society strongly correlates with the expansion of the right to vote. The French revolution would never have happened if the proles had stayed at home.

The Ancient Greeks felt that democracies eventually evolved into tyrannies. Looking at it from a systems perspective, it's easy to see why. Poor democratic governance keeps piling error upon error until it as a society fails. In the ensuing chaos, it's only the strong and ruthless that survive and such men are not likely to tolerate anyone's idiotic bullshit. Viewed from the vantage point chattering classes who squandered their inheritance he, the leader  is a tyrant, but to the mob, they applaud him as a saviour.  Whether or not he is good or evil is all up to pot luck.

The founding fathers of the U.S were as fearful of tyrants as of the mob. As Erik von Kuenhelt Leddihn shows in his book Liberty or Equality, they established a republic and not a democracy.  It was Jackson who started diluting the quality pool by enlarging the franchise and establishing the spoils system. It may be too late, but conservatives, especially in the U.S need to make a pushback against the universal franchise. If there is any hope, it's not with the people.
Posted by The Social Pathologist at 9:38 pm 27 comments: