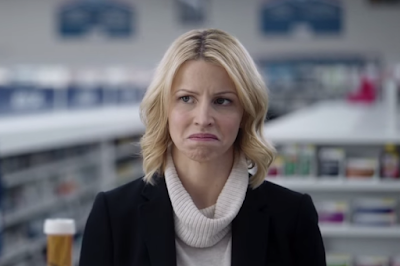 Given events in the U.S. in the last few days, I felt it would be pertinent to revisit the subject of disgust.

Disgust was a long overlooked emotion but recent psychological research into the subject has shown that it plays an important role in many facets of the human person.

The growing research evidence suggests that arousal is the key disgust suppression mechanism which facilitates sexual activity. In other words, women are quite literally disgusted by the idea of sex unless sufficiently aroused. This is an important finding, especially with regard to its theological implications. Traditionally, the marital debt was supposed to be rendered by each spouse on demand--within reason--yet the arousal dimension, a dimension which appears to be necessary in order for the normal functioning of the act has not been an object of consideration. There appears to be a need for a theology of desire (Eros: Ed).

The implications of a lack of arousal are clear. (from the same paper)


From a clinical standpoint these findings can indicate that lack of sexual arousal (perhaps due to inappropriate stimulation) may interfere with functional sex, as it may prevent the reduction of disgust and disgust related avoidance tendencies. Consequently, if sexual arousal is low (for a variety of possible reasons), the disgusting properties of specific stimuli, which are relevant for the engagement in pleasurable sex, as well as the hesitation to approach these stimuli are not attenuated. As a result, this could lead to problems with sexual engagement, and lack of vaginal lubrication, which in turn could increase friction and cause problems such as pain with intercourse. It is thus possible that in extreme cases the woman might acquire negative associations with sex and might start to avoid sexual intercourse altogether. Relevant to this, our previous studies with women suffering from vaginismus (Genito-pelvic pain disorder/penetration disorder) have shown that they experience disgust responses towards erotic stimulation at the subjective as well as at a more automatic level. Moreover, the fact that sex related stimuli appeared to elicit disgust rather than arousal in women suffering from vaginismus might further worsen the problem. This is relevant here, since a typical response to disgust is avoidance behaviour in order to create distance from the disgusting stimuli. Thus, it is highly possible that these sexual problems can be directly or indirectly related to low sexual arousal, which as a consequence gives more room for the elicitation of disgust, resulting in a downward spiral and continued maintenance of their difficulties and sexual dysfunction.

As I've mentioned before, "Biblical Christians", whom insist that a wife must submit to his wife without any reference to the qualities of desire are cultivating conjugal trouble.

Recent research into the subject of Vaginismus and Dyspareunia have shown that women who suffer from these conditions have a higher disgust response to sexual stimuli than other women. Furthermore, normal morally conservative women have a higher disgust response than liberal women. (There appears truth to the notion that liberal women are easy and more tolerant of dirt.)

Now treatment for this condition varies in effectiveness with most approaches being based on a systematic desensitisation approach with quite variable success rates. Interestingly, this small and highly ethically dubious study, used "surrogate partners" with 100% success. After reading the about this latter study, I wanted to know a bit more about the characteristics of the surrogates, no details were forthcoming, but this dissertation, which reviewed the literature with regard to male response to vaginismus, is, as they say, very...very interesting.


The male partners of women with vaginismus are typically described as gentle, timid, inexperienced, overly considerate, and passive-dependent men who are unassertive with lower than average sexual desire (Fertel, 1977 cited in Leiblum et al., 1980). The female partner is seen as the more dominant personality in the majority of the cases (O’Sullivan, 1979). A psychometric study of both partner’s personality by Kennedy et al. (1995) found the male partners “to be reserved rather than outgoing, sober rather than happy-go- lucky, shy rather than  venturesome, trusting rather than suspicious, tense rather than relaxed” (p. 16).

A high proportion of the male partners are described as gentlemen, who are kind and polite, display a good deal of tenderness and concern towards their partner, and show much consideration and understanding for her condition (Puxon & Dawkins, 1963;Stanley, 1981). These qualities of support and empathy may help with the continuation of the relationship, but some partners experienced supportiveness without an appropriate level of assertiveness, as an exacerbation of the difficulties caused by vaginismus in a study by Canin (2006).

Roissy's shadow is ever present in the dissertation.
Several manosphere commentators have noted the link between disgust and non-alphaness and it would appear that there is a sound scientific basis for it.  Arguing against the notion that there is something wrong with women for wanting an alpha male is not just anti-woman but it is anti-nature as well.


NOTE TO THE RETARDED.

I'm not saying that both these conditions are caused solely by a lack of alphaness in the male, rather it would appear that recent research suggests that the that failure of desire arousal (for whatever mechanism) may be responsible. Epsecially, in cases of dyspareunia, organic factors may be at play and need to be excluded before "desire failure" should be considered as a cause.
Seek proper medical advice.
Posted by The Social Pathologist at 2:32 pm 10 comments: