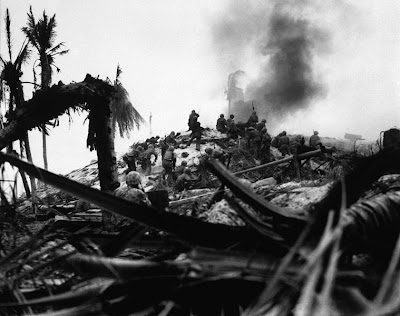 Did the piece Chambers was working on appear somewhere?

I know that the battle of Tarawa was in 43. I think Chambers was using the example of Tarawa as an illustration. If the Conservative vision is to live, men must be willing to die for it.

No, that's why I'm doing these posts. Cold Friday is a collection of his essays, letters and I presume first drafts of the intended book. He died before he could complete it.

I think people misunderstand Chambers, he wasn't just an anti-communist, he was ant- materialist. He saw that communism and fascism were the inevitable outcrops of thought which denied the existence of God. Two pathologies arising from the same cause.