The Feminist in Every Social Conservative. 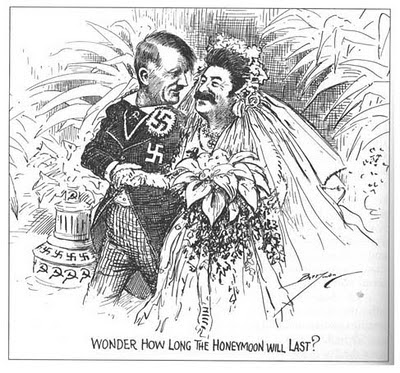 Dalrock has recently put up a post (with a very interesting comment thread) which I feel should be commented on.

Many commentators have noted the synergy between social conservatism and feminism.  To quote Dalrock


The underlying feeling is;  who cares, so long as they man up and marry these women once they are done riding the carousel.  It turns out however that the men themselves very much do care.  This is an extremely long time we are expecting men to go before marrying.  During this time we have the unspoken expectation that they will work their tails off to be ready to act as a provider while not getting too used to being single.  Each decade we have pushed the envelope a little further, and we expect each new generation of men to simply suck it up a little more and fill in the gaps.  One can argue that they should have beat another man to the punch and married one of the small number of chaste young submissive women who were looking to marry.  But this is just shuffling the deck chairs around.  At the end of the day this will only determine which men marry in their early to mid 20s and which ones are forced to wait it out;  the overall numbers won’t change because the change is being driven by the choices of women, not men.

Social Conservatives and Feminists have been pretty happy with this deal for the last 40 years.  What could possibly go wrong?

To be fair to the Social Conservatives, I don't think any of them supported the feminist project and its hedonic imperatives, and many of them, if given a choice, would turn the clock back to a traditionalist conception of society. In other words, a society which contained the pre-conditions for militant feminism. What traditionalist's fail to understand, is that traditional society had it's inherent structural problems and it was these problems which gave birth to feminism. (But more on that later)

Although ostensibly, they are two totally opposed movements, Feminism and Social Conservatism both share a commonality which many fail to grasp. Both movements have a warped view of female sexuality; a warped view which ensures a synergy between the two streams of thought. Both feminism and social conservatism share an effectively similar conceptual understanding of woman which ignores her "flesh"; both are in essence ascetic movements.

The first thing that needs to be affirmed is that HYPERGAMY IS NOT A VICE, rather, it is the NATRUAL ORDER OF FEMALE SEXUAL DESIRE.  Now hypergamy needs to be understood as not only as "mating up" in terms of resources and social status, but also as including mating with a sexually attractive mate. As Lady Hillingdon demonstrated, all the social and material resources in the world don't matter if a man lacks the carnal nature of hypergamy. Hypergamy needs to be though of a socio-sexual concept, not a solely a materialist one.


It seems possible to me that women are built to bond to the first man who masters her [ED]. In a healthy society, this will be a Mr Alpha-Enough who is her first and only lover, and for whom she is expected by social pressure to become Mrs Alpha-Enough. The problems develop when this process fails and she is left permanently bonded to such a man in her mind but in reality married to Mr Another-Guy. Or not married at all.

This is where Roissy’s “five minutes of alpha” being better than a lifetime of beta comes into play.

Now, it should be apparent why feminists deny hypergamy, because  the whole feminist edifice crumbles at acknowledgement of its existence.  Once you acknowledge that a woman's happiness is innately tied to a man who is capable of exerting socio-sexual dominance over a woman, then the whole idea of power-equality gets thrown out of the window.

On the other hand, the Social Conservative denial of hypergamy is more difficult to detect. Social Conservatives don't deny that women want to "mate up", but what they deny, or effectively downplay, is the sexual dimension of hypergamy: the importance of alpha.  For a variety of reasons, Social Conservatives have a real problem in acknowledging female sexuality.  Religious puritanism, historical paternalism and enforced female silence on the matter have engendered a conservative cultural conception of womanhood that paints a picture of the ideal woman as being relatively asexual. Sure there is much approving talk about beauty and love in the context of feminine identity, but as soon the subject of overt female sexuality becomes mentioned, the conservative approval is far more muted or outright critical.

If you look at it, pedastalisation, which is linked to the concept of romantic love,  is really an expression of conservative anti-carnality. Women in mainstream conservative thought are are "above" the grubby desires of men, their purity and beauty as a sex, seems to disassociate them from any form of bodily function. It is a disconcerting thought to imagine the beautiful princess as moving her bowels or passing wind; and yet she does. Dante in his admiration of Beatrice never really raises the subject of tinea or body odour, because mention of such fleshy maladies brings Beatrice back to earth  and out of the heavens. The flesh makes us real. So entrenched is the traditional conservative pedestalisation idealisation of women that that it shocks them when a woman's "fleshiness" is made evident.

Game, which is basically and understanding of female sexual desire, is attacked by Conservatives with pretty much the same language as used by its feminist critics, seeing it as some form of manipulation. It shocks the conservative that the pretty Taylor-Swift-like girl actually has desires of sexual ravishment. Indeed when sweet Taylor gets carnally intimate with Tommy the thug, the only explanation that the conservative gives is that Taylor was manipulated into performing the depraved acts. Never does the Social Conservative acknowledge that the woman is finding the manipulation extremely pleasurable and that she is allowing herself to be manipulated. There seems to be a failure to recognise the moral agency of women when it comes to sexual matters because the ideal conservative woman is relatively asexual (except when it comes to reproduction) This, of course, plays into directly into feminist hands when they wish to avoid the moral consequences of their actions.

The hi-jacking of Christianity by its ascetic-members has tended to downplay the carnal component of male /female relationships, instead focusing on the moral virtues. Christian romantic love, as formulated by these gnostics, was all agape and no eros. Love in this context effectively become a relationship between two disembodied souls, and practically, this is manifest in how Christians give each other marital advice. Its all about care and communication, treating each other fairly and justly, but far less talk about looking sharp, keeping in shape and eliciting sexual desire in each other. In fact, a lot of the ascetic-Romantic conception of love seems to be premised on the fact that corporal reality doesn't matter.  For example, if a husband were to say that he doesn't find his obese wife--who still loves him-- attractive, opprobrium will usually be directed towards him and he would be attributed with moral fault. Apparently, according to the ascetics, love is meant to conquer all, including obesity, halitosis and flatulence.

If a feminist says she wants to pursue a traditional masculine career such as a lumberjack, a conservative will grasp at all sort of reasons why a woman shouldn't be a lumberjack, usually arguing some sort of functional limitation. All it takes to prove that a woman can successfully perform the function, is for a woman to successfully perform the function; demolishing the Conservative's argument. If we admit the erotic dimension to the question however, we could rather successfully argue that masculine jobs make a woman sexually unattractive by masculinising her. Taking on a masculine job is the equivalent of voluntary hirsutism (NSFW). But this of course pre-supposes that a sexual argument is a culturally valid type of argument, something which social conservatism dismisses from the outset as a "base approach" to the subject.

Posted by The Social Pathologist at 8:44 pm 31 comments: