who by faith conquered kingdoms, performed acts of righteousness, obtained promises, shut the mouths of lions,  quenched the power of fire, escaped the edge of the sword, from weakness were made strong, became mighty in war, put foreign armies to flight.

One of the reasons why I write so much about theology is because I feel that the only force that can stop the decline of the West is the resurrection of religion.  And I know how far-fetched and idiotic it can appear to many.

One of the common tropes among conservatives is the notion that as a religion liberalises it dies.  Protestant Churches which have gone liberal are dying. I'm not saying this as a mark of triumph, simply as an observation of fact.  The same thing has happened to the Catholic Church, but as this blog has written about in the past, the collapse of the Catholicism in the 1960's could not have happened without the help of "traditional" religion  which undermined its foundations. The Sixties revolution worked because the faith, much like the French Army in the 1930's, was strong on paper but otherwise weak.

What I'm trying to get at is the notion that any deviation from orthodoxy, either in Left or Right forms is going to undermine the faith. Bad theology means bad religion, which means weak religion. Priests and prophets that preach rubbish are not going to get the support of God.  Grace, my good fellows is the motive force of belief and when you take it away, belief withers.  The Church does not fade because it is liberal or conservative, it fades because it is wrong.  That's why, in ye olde days, the prophets of restoration preached the notion of getting back on track.

These thoughts came to me once again after reading a recent post by Rod Dreher. Fleeing the Collapsing Imperium. It and the Benedict Option are works which are in keeping with soy contemporary Christianity. It is a Christianity that is unable to assert itself in the face of evil and it has totally deligitimised any notion of legitimate defense. It is the Christianity of a Church dying.

I think Dreher is accurately seeing what is coming to the faithful, but his Christianity--which is quite mainstream--is unable to do anything to stop it. It expects, at best, to run away and find refuge or to be left alone.  At worst, it expects a test of wills where the Christian expects to take a continually beating--sustained by the faith--till evil exhausts itself.   The virtue is in the suffering. The hope is that there is always a place to escape to.

The Sieges of Vienna and Malta, the Battle of Lepanto, the Morean Wars, could never have been fought by a modern Christianity. Dreher--and the theologians upon which his religion is based--would have run away, or stood by and taken the punishment from the Ottomans. The other problem with this modern approach is that it deligtimises any legitimate form of defence against evil--say Western powers in WW2--while all enjoying the benefits of their sacrifice.

How to evaluate this theologically?

If we accept the notion that Grace, Goodness and Faith are somehow correlated we got to conclude that something has gone badly astray in the Christian religion from the times of our forefathers. In the Age of Christian Warfare the faith was strong, in the Age of Christian pacifism the faith is week.  I can't prove the link, I only note the correlation.

I suspect that the reason why we live in a faithless age is because God may not be pleased with a soy Christianity.

Note: I'm not advocating anyone do anything stupid, given the inflammatory times. This post is meant to provoke some THOUGHTS on the relationship between legitimate defence and the Christian Religion, not to provoke some armed insurrection. 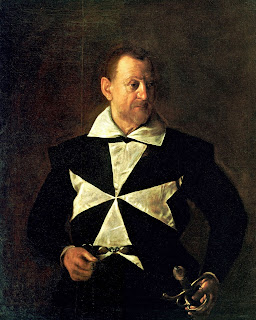 Posted by The Social Pathologist at 12:12 am 23 comments: